An FLCCC supporter, Charles K. Devitt, M.D., sent us this guest post outlining his thoughts on the recent, widely circulated article in The Atlantic proposing an amnesty over COVID matters.

Brown University Economics Professor Emily Oster recently wrote an article entitled, “Let’s Declare a Pandemic Amnesty,” for The Atlantic, (October 31, 2022), which was the stimulus piece for this guest post. Dr. Oster is the child of two economists and the spouse of another, so an imaginary ladder is probably nearby.

Physicians have our own imaginary tools as well, chief among them now a coronavirus vaccine that actually confers immunity, with acceptable safety.

The ladder that Dr. Oster imagines for our exit from this hole is the belief that myriad bad decisions by government health agencies, elected officials, bureaucrats, the medical establishment, and private individuals were well-intentioned, so it’s time to forgive and move on. I pause here to recognize the great writer Naomi Wolf, who warned about the earliest tremors of this “Oster sentiment” more than six months ago: “It’s Not Over. It’s Just Begun,” Brownstone Institute, (May 8, 2022).

After all, as Dr. Oster continues plaintively, “We didn’t know,” (italics hers), about the course of COVID, any remedies, and their effects. (Actually, we did, with clues as early as March 2020, from the Diamond Princess. Some warned against the very unconventional courses taken by our leaders and suffered terribly for their efforts.)

She says those who did get it right had “a hefty element of luck,” and are “gloating,” even though “some were right for the wrong reasons.” So, they presumably earn only partial credit. She says equal measures of “gloating and defensiveness are holding us all back.”

Dr. Oster tells us the trick for climbing this ladder is to forgive and just get along. She was a vocal enthusiast for the vaccine and the public policies enacted. Even so, she says she herself was criticized for “thinking schools should reopen.” Although “it wasn’t pleasant,” she realizes “feelings were high,” and she just doesn’t want to “rehash that time for the rest of (her) days.” She’s forgiven those trespasses, so others can too.

Ever helpful, she suggests that the vaccine-resistant and the vaccine enthusiasts work together on some team-building projects. She doesn’t say, however, who should forgive whom, or for what. Her prescription implies there is symmetry in the mistakes and offenses committed. In fact, there is no moral or practical equivalence between the sides in this.

I thought she was getting to a useful starting point for rapprochement when she noted there were those who should be excluded from her amnesty: those “willful purveyors of actual misinformation.” She’s referring to Dr. Fauci, I thought to myself! He admitted intentionally misleading the public on mask-wearing, herd immunity endpoints for vaccination, and (probably) lied to Congress about gain-of-function research. Perhaps, I thought, she also means Dr. Birx, who publicly advocated a two-week lockdown, privately expecting it to be impossible to undo after that time; this she states in her memoir. And the officials at the FDA, CDC, and NIH who ignore, even now, disturbing alarms of excess mortality from the Vaccine Adverse Event Reporting System; from the outset, these were louder than any other warning the system ever emitted! Or, the bioethicists at NIH (headed by Dr. Grady, the wife of Dr. Fauci) who would likely have been involved with the approval of consent forms for COVID vaccines; these rely on studies that came to lack control groups and had only limited animal studies. What percentage of vaccine recipients understood the implications of these missing elements as they waived liability for the pharmaceutical companies? Or Governor Cuomo, whose departure for sexual misconduct obscured his role in the lethal mismanagement of nursing home transitions for what we knew to be the very most vulnerable (while the Navy hospital ship and the Javits Center were available). Or President Biden, who demonized the unvaccinated in a Christmas 2021 White House message, which was cruel and inaccurate. Or alphabet agency personnel who stigmatized and threatened the livelihoods of credible researchers, clinicians, and signees of the Rome and Great Barrington Declarations.

But, no! Professor Oster’s best and only example of intentional misinformation was not explicitly identified, but from her description could only be President Trump. (By ignoring all the other candidates above, her overture for peace seems completely insincere.) It was Trump’s bizarre question and comment in a short exchange at one of the interminable daily press briefings in April 2020 about the possible benefit of chlorine bleach and light (certainly confusing Lister’s disinfectant prescription or surface elimination of fomites) that she references. Subsequently, a man ingested the fish antiparasitic chloroquine phosphate, not hydroxychloroquine, to prevent COVID infection and died. The media disseminated a modified version of that exchange widely, seemingly for maximal political humiliation. Had the comment been ignored, as it deserved to be, it perhaps would have gone unnoticed, diluted in the ennui of those overly long sessions. Dr. Oster tacitly suggests President Trump’s comment was so bad as to be outside the bounds of her pandemic amnesty. Regardless, Dr. Oster shows no curiosity about responsibility for the evident, extreme desperation for prevention or treatment in a populace that had been whipped into a panic. Remedies that were on hand, affordable, and proposed by physicians against what was labeled “the most contagious and lethal pathogen since the Spanish Influenza” were made unavailable and remain largely so to this day.

Public trust needs to be restored. Redefining “vaccines” on the down low as agents that confer not “immunity” but “protection” is duplicity. I once served in the Navy, which has a “Captain of the Ship” principle. Command of a warship at sea is the high point of a naval officer’s career. If a ship suffers a serious mishap, such as running aground, the Captain is deemed responsible even if he is not on the bridge or directly involved — and will be relieved of his command. This may seem harsh or unfair, but the Captain has now lost the confidence of his superiors. 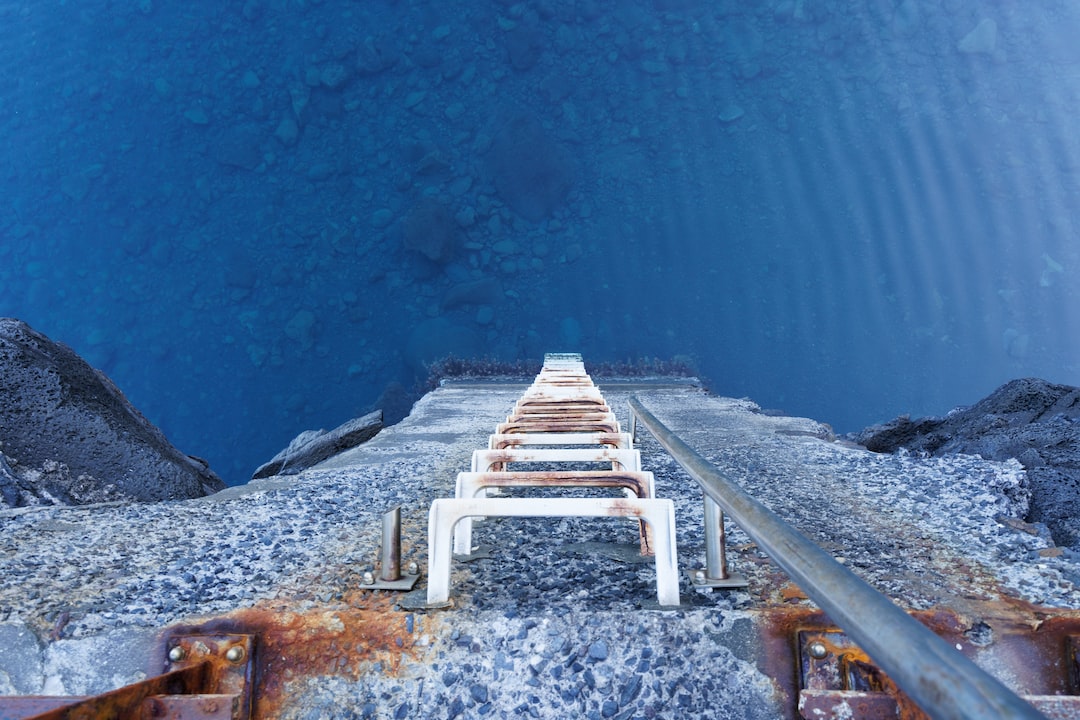 Our COVID leaders have performed worse than this fictional Captain. As but one example, the Director of the CDC has purveyed a string of misinformation about the COVID vaccines. Her admission of mistakes in August 2022 was not specific. It did not include mention of egregious misdeeds, for example, the subservience of the CDC to the teachers’ unions, its excuse of maskless rioting throughout the 2020 summer, and its intrusion into such matters as rent forgiveness. She’s lost her own and the agency’s credibility. (Pitiful as her “shakeup” was in August, it was the only admission of failure among our pandemic leaders.) She should have resigned or, failing that, been fired long ago. Since then, she’s contracted COVID despite being fully vaccinated and boosted, then taken Paxlovid, and contracted COVID again. She is a walking sandwich board advertisement against vaccination. Is it any wonder childhood vaccinations against non-COVID infectious diseases are “way down?” No amount of Dr. Oster’s suggested “community outreach” will restore confidence, much less trust, until the mistakes are fully acknowledged, the leadership changed, and a new course charted.

Questions abound. I would add to Dr. Oster’s list the following, and these are just a start.

What have been the types and extent of damage to individuals’ developmental and mental health, their family, and other relations?
Perhaps more germane to a reckoning, what contribution did the FDA, CDC, pharmaceutical industry, medical community, and journalism each make to the panic that was so destructive to the country?
Why was a century of public health knowledge and practice turned on its head, and why could not our designated leaders have tolerated open debate about the unprecedented measures they enacted?
Why were requirements of Emergency Use Authorizations for the vaccines not modified legislatively or administratively to permit off-label use of inexpensive, generic medications with few, infrequent adverse effects, such as ivermectin and hydroxychloroquine (used by hospital staff themselves and sought out by hundreds of congressional staffers for themselves and families)?
Related, why did the hospitals and physicians contribute to morbidity, mistrust, and possibly mortality by sending away patients without treatment until their oxygen saturation levels, as measured by themselves, at home, dropped below 90%?
Why did outpatient practices decline to accept new patients unless they were vaccinated?
What about the threats to hospital privileges by medical staff executives or licensure by state Boards of Medicine and Pharmacy to physicians who tried to treat their patients with the available generics?
What are the answers to the questions about the origins of the virus left unaddressed from the Congressional oversight hearings?
On the economic front, how did individuals employed in the private sector fare financially compared with government employees?
Related, how did the financial trajectory of private and public sector Zoom workers compare with that of grocery store clerks, truck drivers, small business owners, in-home workers, and others who couldn’t just “call it in”?
How was it permissible to ban a small proprietor, but a “big box store” was permitted to sell the same products a block away?
Why would service members with many years of active duty, who had accepted all other vaccines over the years, forfeit their careers and entire retirement income over the COVID vaccine mandate?

The social fabric has frayed terribly. Without new leadership, why would we expect anything but tepid, self-protective findings and impotent recommendations?

Dr. Devitt is a Distinguished Life Fellow of the American Psychiatric Association and the American Academy of Child and Adolescent Psychiatry. After serving four years as a psychiatrist on active duty in the Navy at Portsmouth, Virginia, he entered private practice with his wife, Susan. In addition to their private practice, Dr. Devitt was also Medical Director of the TriCare Demonstration Project in Hampton Roads, Virginia, then Medical Director of a children’s residential treatment center in Norfolk. He works now at a psychiatric hospital for children on an as-needed basis. He served as President of the Virginia chapter of the National Child Psychiatry Guild and co-chairman of that national organization’s Residential Treatment Committee. He enjoys sailing and attending college athletic events.