Last year I published Altiyan Childs 5 hour documentary exposing Freemasonry as a secret society that most world leaders belong to and is the vehicle by which they rise to power. I will see:

In my review of this documentary I wrote:

Much of what we’ve posted over the past year, besides the Plandemic and the coming new world order, will make a lot more sense after you finish watching this video.

Think of it as the spiritual perspective, the driving force behind the plan to drastically reduce the world’s population, killing many of the world’s inhabitants.

You will be able to better understand why people can be so evil and invent things like the COVID-19 bioweapon shots that are designed to kill a significant portion of the world’s population.

For me, having covered our issue of medical kidnapping, including child sex trafficking for over 6 years, this video tied up some loose ends to give me a more complete understanding of the trafficking business of children

George Washington was a 33 degree Mason (the highest order). In this image, Washington is shown in his Masonic garb, holding a scroll and trowel. Portraits of Lafayette and Jackson stand in the corners. He joined the Masonic Lodge in Fredericksburg, Virginia at the age of 20 in 1752. At his first inauguration in 1791, President Washington took his oath of office on a Bible from the Masonic Lodge of St. John of New York . Upon his retirement, Washington became Master of the newly formed Alexandria Masonic Lodge, No. 22, sat for a portrait with his Masonic insignia, and upon his death was buried with Masonic honors. This image is found in many places on the Internet. I copied this from Sciencesource.com.

It is very likely that every man who has been “elected” as President of the United States has also been a member of Freemasonry, some of them 33rd Degree Grand Masters, beginning with our nation’s first President, George Washington.

Masonic symbols are all over Washington DC 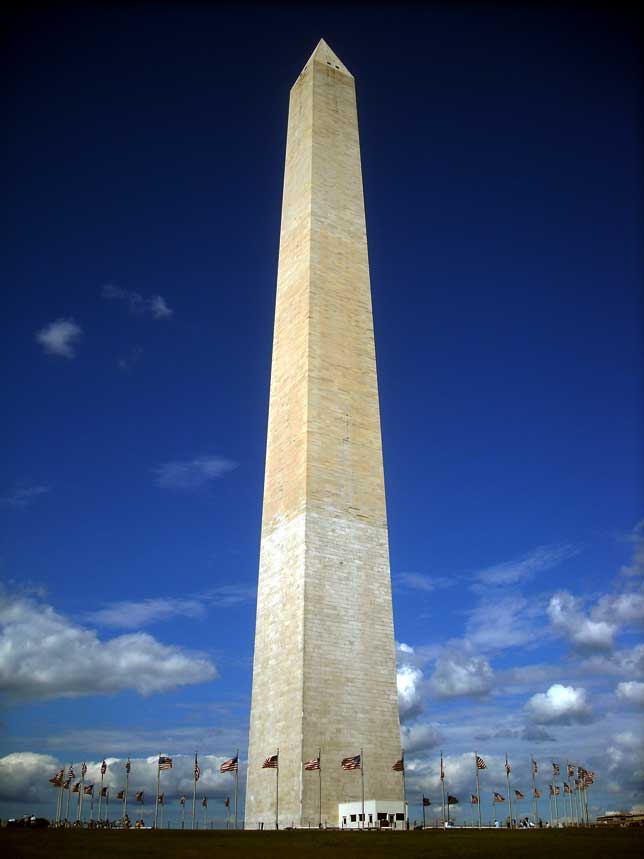 The Washington Monument is a satanic obelisk, and it is the tallest obelisk in the world. Construction of the building began in 1848 and was completed in 1884. Freemasons laid the cornerstone on July 4, 1848 using George Washington’s Masonic apron, gavel, and other Masonic attire. It represents the male sexual organ.

Last week, I highlighted many of the crimes that were committed in 2020 when COVID-19 started and while Donald Trump was president.

This has led to some members of Donald Trump’s religious cult contacting me and complaining about my treatment of Trump in these articles, even though I wasn’t attacking Trump personally, just reporting the facts of what happened in 2020 which has now resulted. in the deaths and injuries of millions of people, all implemented while Trump was president.

Ask yourself this: How could you cripple and collapse Big Pharma once and for all? What would it take for that to happen? Look out of your tunnel vision and realize that you are talking to someone who has been 10 steps ahead of the deep state. We will see class action lawsuits like we have never seen that will collapse Big Pharma under its own weight. checkmate

Then there’s the “Trump is stupid” view, which claims that Trump was duped by all the people around him and didn’t know what he was doing. These people want Trump back as president, even though he has not repented or apologized for engaging in all the criminal activities that were done in the name of COVID.

Here’s an email I received today that represents that vision:

Now, this is just my opinion/comment, and will not reflect how much I appreciate you and your role in confronting the deep state with critical information for all of us. And I know you can’t write to my gmail account again.

I agree with you that President Trump was used to push the vaccine and that he needs to be clearer about reversing the decisions he made while under the influence of the deep state advisors around him. So I understand your anger, I’m angry too. I just ask that you prayerfully consider my previous two sentences and not trash President Trump or excuse him in your recent articles for his blindness to this critical issue. I think he’s getting close, although it’s hard for him as a narcissistic personality to admit it. But Brian, FIGHT FOR US, DO LISTEN TO THE PEOPLE, HE’S DONE SO MUCH GOOD IN AMERICA WE NEED HIM BACK TO CONTINUE THE FIGHT.

Please don’t be fooled into pushing DeSantis, because the Dems left their election alone in FL while massive cheating was going on everywhere, in order to divide conservatives so that we choose DeSantis over Trump for our nominee of the 24. They are petrified of Trump, because he is NOT AFRAID of them and knows all their dirty secrets and wants to CONTINUE exposing them. That’s why they searched his estate for the evidence he has against them. I have been in state politics and I know the deep state IS KEPT TO EAT DESANTIS AND HIS FAMILY ALIVE!! They have trouble scaring Trump, don’t they? But DeSantis is too young in politics to go national, and he has young children and a wife battling cancer. Just the fact that he is puffed up by his choice, indicates his naivete about what goes on behind the scenes of the deep state. If DeSantis were truly mature and cared about America, he would stand with Trump and stop the alleged absurdity of appearing to defy Trump.

But in Trump, there is no one else who has done so much for Christians, conservatives, Jews, blacks, etc. like President Trump. And there is no one we will ever agree will do everything right. We have to be realistic, God chooses Trump as president. Now it is our job not to excuse any wrongdoing, but to activate grace in some circumstances. God referred to David as a man after His own heart, even while David was an adulterer and murderer. It doesn’t get much worse than that.

If we lose President Trump over division and the vaccine issue, who is left to truly be a formidable warrior against the deep state? Let’s remember that as we continue to move forward.

Thanks Brian, keep it up!

In this view, not only was Trump ignorant and still unrepentant of the sins he committed, he is the man “chosen by God” to be president.

And M. Ruben is apparently not a regular reader of Health Impact News, as I have exposed the corruption in Florida and with DeSantis many times in previous articles, as Florida is a hub for child trafficking that DeSantis not only allows, but also participate in it, and is also solidly pro-vaccine, including pro-COVID-19 vaccine.

But what about Donald Trump? Is he really the man chosen by God, or is he a freemason like all the presidents before him, serving Satan as his master who put him in power?

I recently came across a video documentary produced by Nathan Leal of Watchman’s Cry titled: Is Trump a Freemason? Trump Tower 666 – Temple of Baal.

I don’t know Nathan, but I have seen his video he produced in February 2017, shortly after Trump became president, and the evidence he presents that Trump is, in fact, a Freemason, and that Trump Tower in New. The city of York is modeled after a Masonic temple, it is very convincing.

The video is almost 39 minutes long and also has a partial transcript posted on their website.

I have shortened the video to 26 minutes to cover the main evidence that Trump is a Freemason and that Trump Tower is a satanic temple, and this is on our Bitchute channel, and will also be on our Odysee, Rumble and Telegram channels.

So while I didn’t personally criticize Trump in my recent coverage of The Biggest Lie Ever Told, I do criticize him here, sharing this video that shows who Trump’s true master is.

In addition to this video, there is overwhelming evidence that Trump is (or was) a pedophile and part of Jeffrey Epstein’s network, and some of that evidence I haven’t even published (yet).

So, for those of you who continue to support and promote him, repent now before it’s too late, or you might end up in the same place he’s going.

Two views on why Trump is still promoting COVID-19 vaccines

Synagogue of Satan: Why It’s Time to Leave the Corporate Christian Church

The end is near! Be firm!

Does your family think you’re “out of your mind”? You are in good company because Jesus confronted his family